the data of consciousness

pixel blaster is an instrument developed using Processing (www.Processing.org – open source). It is for playing and recording simultaneous audio and visual activity (a performance) in time for the purposes of studying and manipulating the results as a means to apprehend the creative process, the state of being, consciousness, living presence.

First the noteMap is generated by hand. There are 24 colours corresponding to 24 notes arranged in a 100 x 100 grid (each square, what I call a pixel, is 10 x 10 pixels large) according to NETTT architecture. This determines which note is played in what location. A blank canvas is overlaid on top and a drawing is produced by the mouse.  Each pixel drawn corresponds to a pixel in the same location on the noteMap underneath and the note assigned to that location sounds. All of this activity is recorded as a data set which may be subject to further operations. This is where I am moving next: operations for transformation and analysis designed to manipulate and reveal different aspects of the data.

You could think of the data as a document of living presence – a signature.

Opening a window and looking.

This represents the scientific method of reducing as many variables as possible so that a focused and controlled range of activity may be observed. The creative process has been reduced to as simple an activity as possible which then generates precisely defined (numerical) output.

Each drawing is a formula or algorithm. The key is that each is a human generated algorithm. It is essential to the process that the actual direct gestures of a living being (not the unfolding of an automated process,.. although..) is recorded, as the entire purpose of this work is to reveal, study, observe, articulate living presence.

Each algorithm is the algorithm of an artwork – an artistic impulse, a vision articulated as a formula. For example, in stars, the impulse, the vision, the picture, was simply a sky full of stars but arranged as the NETTT. Very simple, but expressible and comprehensible as a precisely defined algorithm – a game, a human game.

The formula developed for PB-1 thru PB-3 is designed to produce unpredictable/patternless results based on arbitrary human activity. The formula is simple; no pixel may touch another pixel and the space must be as filled as the rules will allow. The approach to filling the area is driven by the ideas presented in the NETTT. It is also a very simple, relatively mundane task that allows the mind to drift and thus transfer that mental activity unattended into a recordable, measurable gesture or action. Arbitrary human decisions write a script that is impossible to predict yet woven into and a product of the dynamics and threads of awareness.

click each image for video, other tests, and more details. The videos are essential to understanding the work. 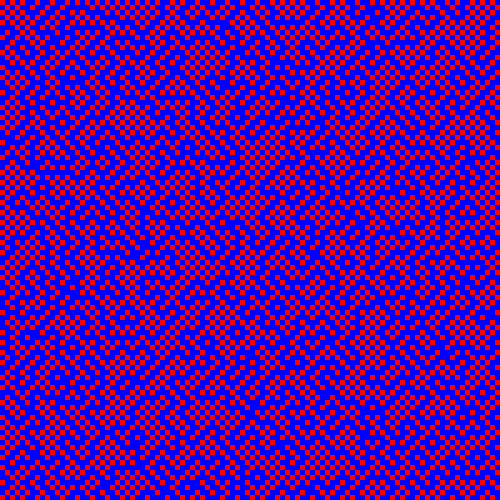 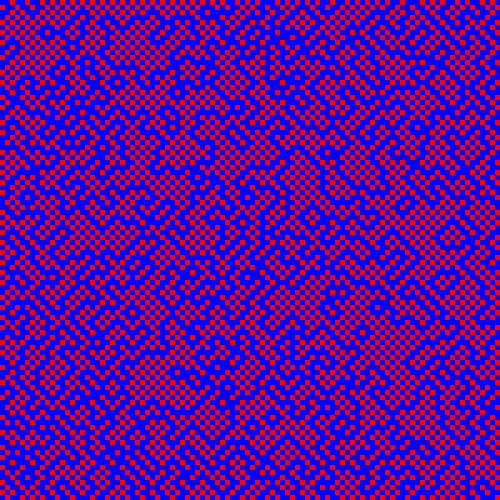