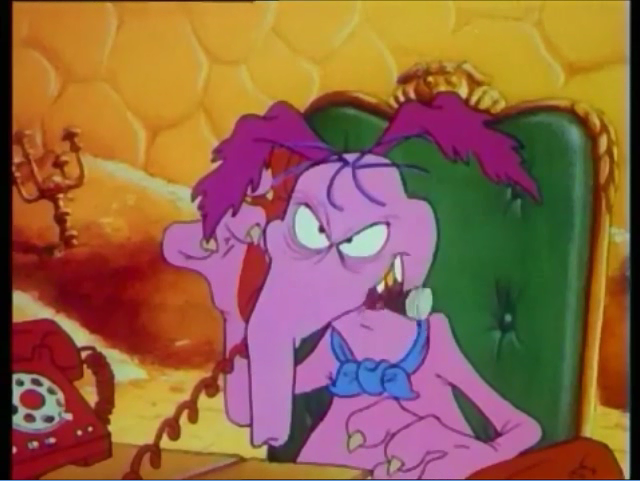 How’s it Goin’ There Buddy

This was a verbal given to D and M.

D was on his way to the lunch room for his break. He stopped to talk to M. He asked about his grievance for his overtime. D openly admits to this. J believed D because she heard what she wanted. Lets decide when a break starts, when a person reaches the lunchroom, or when they leave their work station.

J informed me it starts when the employee gets to the lunch room, so we get traveling time.

M had told D that J was in her office watching them. She told D that if he wanted to order eggs, he should see her outside on her break. This is what M told J. She did not believe her.

During the week of Aug 23, 1999 J, you came down to the layflat area and told M to get back to work. At that time she was on her way back from cleaning the wedge and rollers. She stopped to say, “these sleeves are a nightmare” because it was so hot. You then told her to quit standing around drinking coffee and get back to work.

You did not ask what was going on, you just attacked. The coffee cup was empty and just sitting on the table.

On another occasion S had came over to talk to M and myself. She was truly upset over the fact that she had to be around R and asked what she should do. Again you went after M, not myself or S who was over from tubes. I have to wonder why only one person got it. S is a good person but does not have a strong personality. We were trying to help her out, but then you didn’t ask.

Not a 1/2 hour later S was talking to me again and was crying. That might not have happened had you asked what was going on. We happen to have hearts and care about people. Production is second to people.

When I spoke to D about what was going on, he stated that production was down at the time and that J was under a lot of pressure from upstairs to pick up the pace.

Not to mention the heat, scheduling had a major impact on what was being done in layflat that week. From 1220’s, 1060, to 900’s, again J’s frustrations were taken out on M.

J then proceeded to pull her off her job and was to be sent to the tube area the following week. Instead of moving her to the layflat pack. By rights the person training should have been moved to the end of welder.

J said she needed M’s expertise in the tube area. That’s a lot of baloney. She would have been better put in layflat pack where her real expertise is. I would have helped with upping production. In this case, J was acting strictly out of malice.

Going back to grievance #98-05, although it was never signed off, it was settled between D and T that no operator would be moved from the cell while gen laborers remain.

In  this case there were students and probationary employees left in the cell to do the work and being the person who has worked in the cell the longest, I know for a fact that in the interest of production this was not a good move and was done maliciously and out of hatred.

Its definitely not hard to see how J feels and how she uses her position to vent her personal feelings.

Also J very seldom goes to M with questions or instructions, most always through someone else. Second hand info, all of the time pretty much.

I do know that J has personal views about M and should learn to leave them at the door. She does not do that. I have to say I was quite surprised when R told me that you did not like M or B. I was amazed that you aired your personal views to a probationary employee.

I always believed you to be more professional. I guess M is not to be expecting too much support from the plant manager.

Could go on and on. Lets finish with you reading this:

On Wed. Jun 30, 1999 at approx 6:35 am I was working away on the layflat welder. I was not talking to anyone, just minding my business doing my job.

J (finishing supervisor) approached me to ask me about two grievances that had been filed with her. She started out by saying, do you know about every grievance that is filed?

R – I said pretty well, as they have to get a number for it.

J – Then what do you think about the two M filed with me the other day? One for D, and one for not using the proper steward or the designated steward for day shift. I can understand D’s but no the other one.

R – I said that J should talk to M about it as they are not my grievances.

R – Well J, as we know the feeling is mutual.

J – How can she defend D, when she is part of the problem and is going to be disciplined also?

J – You know R, the union is losing the respect of the members. You only had 13 out for the meeting on Sat.

R – J, I don’t know what that has to do with our conversation and I really don’t know why you and management are concerned about our meetings. Why don’t you call a plant meeting on a Sat or Sun morning? You would be standing there alone, so I guess we got 13 more than you would.

J – I could care less, just thought I would mention it.

R – Quite obvious you are or you wouldn’t have mentioned it.

J – R, if you and M are that miserable, why don’t you just pack your bags and quit?

I have to say that I was a little caught off guard with the attack on M and myself and believe it to be an admission of J’s true feelings and where they lie, albeit not professional but personal. J turned to walk away but turned to say, I am not quitting either.

On or about July 6, 1999, I had B discuss this issue with J. I thought this to be a better way than doing it myself.

This provides a clear view of J’s personal feelings regarding M and R.

A – D said he was talking about griev

B – He was on his way to break

C – When does a break start?

D – If its when an employee leaves his work stations, then there is no verbal for D.

E – J stated breaks start when you get to lunch room.

A – M was working cutting corners when D came to her.

D – You believed D, why not M. She saw you watching. Why would she deliberately cause herself problems? I don’t think it really matters what she said to you J. It would not make one bit of difference. We believe that you are using your personal feelings against her and are letting them cloud your judgement.

Pulled her off job sent to tube area to work the following week instead of just moving the training operator to the other end of welder or pack area. Never in my 13 yrs in layflat has an operator been moved out of the area.

Needed her experience in tubes. That’s a crock as she hasn’t been there in 6 yrs.

Then you were going to just bounce her around, no specific job, not even on schedule until revised on Friday after getting the stretcher job.

Lets Go Back a Bit

Grievance #98-05 was settled verbally with D and T, that no operator would be moved from the cell while gen laborers remain. In this case, there were students, probationary employees and gen laborers left to do the work, and being the person who has worked in the cell the longest, I know that in the interest of production, this is not a good move and was definitely done out of malice.

J.J. you very seldom go right to her with instructions or questions. You will go through myself or someone else. You do it all the time.

G, I do know that J has personal views about M and has to learn to leave them at the door. She does not do that, but I was quite surprised when R told me that you didn’t like M or B. I am surprised that you aired your personal views to a probationary employee. I really would have thought you to be more professional.

When I spoke to D about this, he passed it off and said that J was under a lot of pressure from upstairs about production being down. That was because of the sleeves we were doing, not because of people not working, or person should I say.